Annuities vs. Pensions: What Retirement Plan Advisors Should Know About ‘De-Risking’

Many corporations are moving their pension assets into annuities. Here’s what you should know about these transactions.

Pension obligations are a major liability on many corporate balance sheets. Retirees are living longer than ever, sometimes claiming pension payments for decades. Advisors to pension plans may be called upon for suggestions of how to de-risk employer-sponsored benefit plans. Weighing available options is crucial.

One idea that’s gaining traction: annuities. In recent years, Lockheed Martin, FedEx, Raytheon, Alcoa and others have transferred billions of dollars worth of pension liabilities to insurance companies through group annuities — and others are likely to follow suit.

Is such a move — called a risk transfer — good or bad for those companies’ balance sheets, their employees and their retirees? What should you advise your corporate clients who want or need to ease their pension liabilities? They don’t want to be left behind, but are annuities truly a good solution?

The relative strengths and drawbacks of using annuities as pension alternatives are hotly debated. Here are a few things you need to know when considering this option.

The idea behind shifting pension obligations to annuity providers is to offload a degree of risk. Employer-sponsored defined benefit plans are a liability, particularly as retirees live longer.

“By passing liabilities to an insurer through a ‘pension risk transfer’ transaction, the company can focus its attention on what it does best — running its business,” says George Palms, president of Legal & General Retirement America, an insurance company in Stamford, Connecticut. “It takes the responsibility [of maintaining pension plans] off the plan sponsor’s shoulders.”

Indeed, the transfer “not only separates the company’s day-to-day financial performance from the long-term obligations [to retirees]; it enables insurance companies that specialize in things like mortality pooling to do what most employers are not equipped to do,” adds Michael Harris, a Fort Wayne, Indiana-based senior education advisor for the Alliance for Lifetime Income, referring to an actuarial calculation related to life expectancy.

To put it another way, shifting liabilities enables employers to “focus on their core businesses [and] let life insurers do what they do best — provide solutions that manage long-term risk and protect retirement security,” says James Szostek, vice president and deputy of retirement security at the American Council of Life Insurers, a trade group based in Washington, D.C.

There are different ways of managing such transfers. Eric Henderson, president of Nationwide Annuity in Columbus, Ohio, says plan sponsors can either partner with an insurance company to share pension liabilities — known as a “buy-in” risk transfer—or move all of the defined benefit plan’s assets to an insurer — called a “buyout” risk transfer — which is what Lockheed Martin and the rest did.

Either way, employers can substantially de-risk their balance sheets. “Purchasing annuities to satisfy existing pension liabilities enables companies to move those obligations off their balance sheets and is generally done in conjunction with eliminating pension benefits in favor of defined contribution plans such as 401(k)s,” explains Frank O’Connor, vice president of research and outreach at the Insured Retirement Institute, in Washington, D.C.

These days, most employers favor defined contribution plans. A growing number of them are likely to start offering annuities as an in-plan option. That’s because the Secure Act, passed at the end of 2019, extended the “safe harbor” protections for plan sponsors, enabling them to offer annuities without fear of being sued if the annuities don’t deliver.

So it’s now easier for employers to offer “the benefits of a pension without harboring the long-term costs,” says Ben Lewis, a senior managing director and head of strategic sales at New York-based TIAA. This, he adds, will “increase retirement security for more Americans.”

But annuities aren’t right for everybody. Some find them overly complicated, or overly expensive. Others complain they tie up your money too long, with steep “surrender charges” for pulling out early. Recently, however, the market has changed.

“An annuity guarantee is a contractual obligation to the policyholder,” says David Lau, founder and CEO of DPL Financial Partners, a Louisville, Kentucky-based annuity platform for fee-based advisors. “The benefits the annuity owner receives cannot get altered, whereas pensions often adjust the benefits of the plan.”

To be sure, insurance companies can and do fail. Are annuities safe?

“In my view, the annuity guarantees are even stronger than those that safeguard pensions,” says Matt Gray, assistant vice president for employer and middle markets at Allianz Life, in Minneapolis. ”You cannot have unfunded annuity liabilities like you can with pension liabilities.”

In general, annuity providers must maintain a capital cushion and are limited as to where they can invest. You can research every carrier’s credit rating with A.M. Best, Standard & Poor’s and Moody’s. Still, if something does go wrong, every state plus D.C. and Puerto Rico has an insurance guaranty association that guarantees at least $250,000 in annuity benefits. (These are base protections, not caps.)

Few annuity carriers ever actually default, though. Even the AIG debacle of 2008 involved only the parent company, not the annuities operations, which it recently announced it’s spinning off into a separate company. 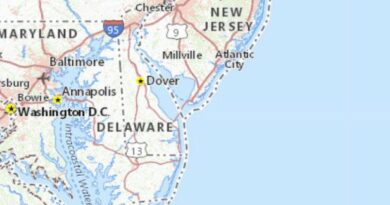