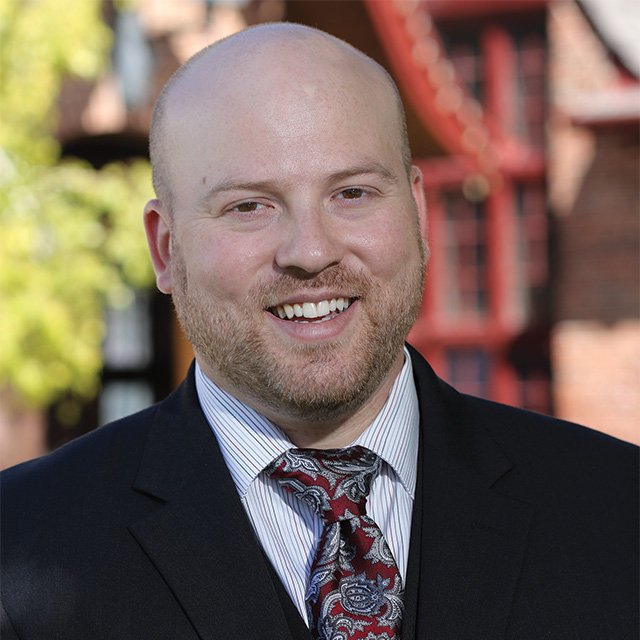 If President Joe Biden indeed proposes almost doubling the capital gains tax rate for wealthy individuals to 39.6%, advisors will encourage many of their clients to sell any assets they’re thinking of selling as fast as possible, before such a major tax change goes into effect, several advisors told ThinkAdvisor on Friday.

A few of them stressed that it won’t be only advisors’ wealthiest clients who would be hurt by an increased tax rate but many middle-class investors as well.

Biden is considering the capital gain tax increase to help fund his social spending plans, according to people familiar with the proposal. For those earning $1 million or more, Bloomberg reported, “the new top rate, coupled with an existing surtax on investment income, means that federal tax rates for wealthy investors could be as high as 43.4%.”

The increase stands to affect “a lot more people than people realize,” according to Jeffrey Levine, chief planning officer at Buckingham Wealth Partners. “It’s not the clients that make a million dollars or more every year that you need to be worried about,” he explained to ThinkAdvisor in a phone interview on Friday.

“It’s the people who might have a million dollars or more in any one year,” and they include business owners who sell their business or anybody else with a large asset they may sell or buy, such as families involved in the sale of a home, he said.

An elimination of the step-up in basis on assets at death, along with making death a “realization” of gains, meanwhile, will essentially mean that all assets will be treated as if they have been sold on the day that somebody dies, he noted.

There are, therefore, “a lot of things to consider here,” he said, adding that clients selling a business should try to do so in installments so the capital gains can be spread out over a few years. Those who always make over $1 million a year also become “incredibly strong candidates” for investment-only variable annuities, he added.

“It really seems that they’re trying to attack capital formation,” according to Ken Van Leeuwen, managing director and founder of Van Leeuwen & Co. in Princeton, New Jersey. “A lot of people invest — not just the people who make over a million dollars and incur capital gains,” he told ThinkAdvisor in a phone interview. “You can get it in so many different ways,” he said, calling 39.6% “pretty steep.”

The question for now, if that is indeed what Biden proposes, is the amount “just an opening salvo so that” the Republicans “start negotiating?” he wondered. But he added: “It doesn’t appear that the Biden administration really is negotiating with the Republicans yet at all on anything.”

What Advisors Should Tell Clients

If a capital gains tax increase is ultimately enacted, even a smaller one, it still won’t be just the rich who are harmed, Van Leeuwen said.

Therefore, “we’re doing the same thing we always do. We’re investing to grow capital,” he explained. “We might be a little more mindful now of taking our losses now [rather] than waiting till year end because if there is a date that it does get passed and goes through” it is not clear if it will be retroactive.

Although the “general attitude is to wait and see” what happens, he said: “If we have a loss and we’re looking at an individual holding, maybe we take that loss now just to offset if we have gains other places now already. We might accelerate our tax planning a little bit earlier.”

Agreeing that such a tax increase on capital gains won’t only hurt the rich, Nadine Marie Burns, CEO and president of A New Path Financial in Ann Arbor, Michigan told ThinkAdvisor: “This seems like it is a tax on the ultra-wealthy, but it is hitting the aspiring middle class very hard.”

With that in mind, “we are talking to our clients about selling rental property this year, as well as some stock holdings, but honestly most of their appreciation is in the IRAs, not individual accounts as much,” she said.

A New Path Financial doesn’t work with the ultra-affluent but rather the “mid affluent,” she said — “those who worked really hard, sacrificed a lot and were able to grow their net worth over time.” This tax proposal is “not just about securities,” she said: “it is about the growth of this American economy.”

Also noting that all investors stand to be hurt by such a tax increase, Leon C. LaBrecque, chief growth officer at Sequoia Financial Group in Troy, Michigan, said by email that, in the past, “cap gain increases have resulted in the S&P lower within 6 months.”

If a client is anticipating an immediate gain from the sale of an asset, he would suggest potentially “accelerating the gain before the bill come into effect,” LaBrecque said. The increase would also “vastly change planning to accelerate or harvest gains, including charity swaps and gifting,” while Roth IRAs “will become massively more useful,” he said.

Last, it would be important “to watch the effective date” that the increase would go into effect because we could have a 23.8% rate for part of the year and a 43.4% rate later for high-income investors, LaBrecque added.

What Clients Can Do Now

At ARS Private Wealth in Plano, Texas, “most clients are uncomfortable with change,” according to financial planner Melissa Brennan. “So rather than talk about what we might to do if capital gains rates change, I frame the discussion in terms of what can we do now that is a win,” she told ThinkAdvisor.

For example, last year she worked with a client and the client’s CPA to recognize gains in a “highly appreciated stock position and keep the client in a 0% capital gains tax rate,” she said. “We had the opportunity to reduce exposure to an overweighted position for free which was an opportunity that may not ever present itself again. Regardless of changes to capital gains rates, it won’t matter for that stock. We already have our win.”

Meanwhile, what she has been “telling clients for several years now, and they have been acknowledging themselves, is that the current tax law offers some of the most favorable tax rates in decades,” she pointed out.

“While we don’t know how tax laws will change over time, it is safe to assume that there will be an upward trajectory of some kind,” she explained. “Therefore, every year we are strategic about maximizing tax savings under the current tax law, we capture risk-free return well above and beyond risk-free returns from alternative sources.”

Saying the tax increase would hurt the wealthy most, Michael Metzger, a certified financial planner and founder of Lifepoint Financial Design in San Luis Obispo, California, said: “I think the current administration has made it perfectly clear where the funding for debt and new proposals will come from.”

If the tax increase is indeed what is proposed and there is a chance of it becoming law, Metzger would have to help his clients “rethink their goals and strategies to decide if capital gains assets are where their investments should be directed, whether they want to enjoy proceeds themselves, or consider a longer time horizon to pass onto next generations,” he said.

“Clients have difficult decisions ahead and reconsidering their financial plans should be the first conversation they must have as a family,” he added.

Everybody Should Calm Down

Two of the advisors and experts we polled on Friday, however, pointed out that this is just a proposal so there was no need to panic.

“I think we all have to take a deep breath and remember that these are just proposals that represent a starting point for negotiations, and as any good negotiator would do, President Biden started with a high rate out of the gate,” according to Brad Dillon, senior wealth strategist at UBS Global Wealth Management.

Although Dillon said he did not think the rate would end up at 39.6%, “assuming it did, I think many investors would reassess the risk/reward calculus of investing.”

Clients may end up not putting their capital “at risk if their return would be significantly negatively impacted by the higher tax rates,” he explained. “This may mean fewer investments in startups and more investment in larger businesses that have a proven track record of a return on investment.”

His prediction is that “clients and advisors alike will be vigorously monitoring the coming congressional negotiations to see where the rate ends up: The higher the rate, the more likely clients will be encouraged to realize gains now at the lower rate. The lower the rate, the less likely clients will change their investment decisions. If a client has a short-term liquidity need, where they’ll need to sell assets to raise cash, then absolutely realize those gains before rates change, which could be this year if the effective date isn’t prospective.”