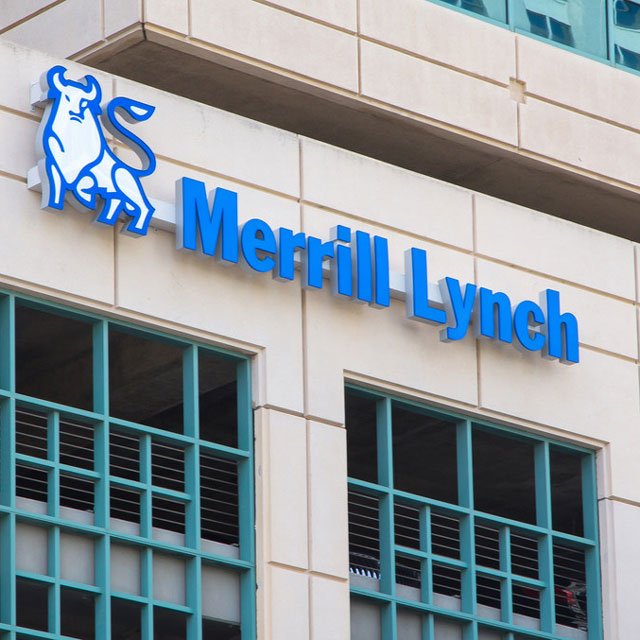 Bank of America’s wealth unit, which includes Merrill Lynch, ended the first quarter with 19,808 advisors, down 585 — or 3% — from a year ago and a drop of 295 — or 1.5% — from the prior quarter’s 20,103. This includes advisors across its Merrill Lynch Wealth Management, Bank of America Private Bank and Consumer Investments businesses.

The declines are “in large part… due to slower hiring into our advisor development program last year in light of the environment” caused by the pandemic, a senior Merrill executive said Thursday. Still, Merrill is projecting low single-digit growth in the number of its advisors annually over the next five years, he explained.

Four of five veteran advisors who left Merrill to join rival firms over the past year had been recruited from other firms. This situation “reaffirms for us the commitment to organically growing our advisors and helping them achieve long-term success,” according to the executive.

Despite apparent headwinds in its retention of veteran advisors, “we continue to selectively hire” such registered representatives, he said.

The firm’s efforts include the Accelerated Growth program, aimed at advisors early in their careers, and the Community Market program, focused on advisors in some underserved markets.

“Despite the challenges of not being able to meet in person, in 2020 we hired 210 advisors through these programs,” which was “on par” with 2019 and it hired nearly 60 advisors in Q1 in those programs, according to the executive. “We expect this hiring to accelerate as 2021 unfolds.”

Merrill is particularly focused on growing its presence in key markets like Florida and the San Francisco Bay Area and Silicon Valley, along with 6-8 other markets.

The quarter’s increased flows were “driven by deepening relationships with existing clients as well as attracting new client households,” the executive explained.

The Merrill Edge business had a “very active quarter” in which “clients opened 170,000 new accounts,” which was its second-strongest quarter to date, he told reporters.

Meanwhile, in Merrill Lynch Wealth Management, “momentum in the second half of last year accelerated in the first quarter, reaffirming our strategy of growing organically,” he said.

First quarter Merrill revenue grew 3% from last year and 7% from the earlier period to nearly $4.2 billion, which was a record for any first quarter and its second-best quarter ever, the executive said. Asset management fees hit a record $2.5 billion, up 12% from a year ago.

Overall, net income for the wealth unit grew by $20 million from last year to $881 million as revenue inched up 1% from a year ago to $5 billion.

Merrill advisors added 6,400 net new households in Q1, up 26% from Q4 and “that’s an average of over 500 net new households per week, up from 350 per week in the fourth quarter,” the executive said. That was “supported by powerful momentum on gross household acquisition and that’s approaching levels that are roughly similar to pre-pandemic pace.”

There were 675 net new households added in Q1 by the Private Bank business, the company said.

Merrill has been restructuring its advisor training program. Those already in the program have been completing their training during the pandemic (as the firm disclosed in the fall), the executive told reporters. About 150 of them completed their CFP training earlier this year.

“In the couple of next weeks, we’re going to have a broader announcement in terms of how, overall, we will operate going forward,” he disclosed.

Merrill’s “long-term investments in digital capabilities have allowed us to thrive over the past year” and Cisco Webex has been a “key tool” for advisors, with usage increasing nearly six times over last year in Q1 alone, with 137,000 Webex meetings, the executive said.

There were, meanwhile, a record number of secure messages sent between advisors and clients in Q1 using Merrill’s mobile platforms, up more than 50% from last year, he noted. A record number of forms were signed electronically in Q1, representing more than 50% of all eligible forms, he said, and 80% of Merrill clients now engage with the firm digitally, up from 77% in 2020.

Merrill is also “continuing to build artificial intelligence capabilities and insights into our new advisor workstation” that are “being built on and leveraging the technology behind Erica,” he pointed out.

“Later this month, we’ll launch a new, fully digitized client onboarding experience” that is taking what has been a week-long process using paper and “transforming it into an online digital process that can be completed in one day,” saving time for advisors, the executive said.