What Advisors Should (and Shouldn’t) Learn From Jeff Bezos 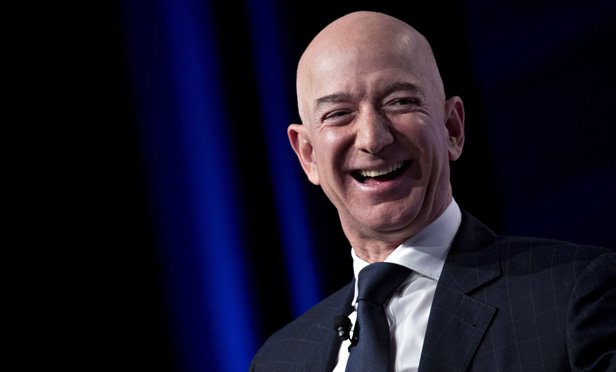 One day after Jeff Bezos said he was stepping down as CEO of Amazon, financial industry experts are speaking out about the lessons advisors can learn from the success of both Bezos and the $1.7 trillion firm he started some 26 years ago — including the importance of embracing technology and succession planning.

“Bezos saw the potential of the Internet before everyone else did,” Joel Bruckenstein, head of Technology Tools for Today (T3), said Wednesday. “Bezos saw the potential to apply machine learning and artificial intelligence to customer data before everyone else did. Bezos has almost a religious focus on operational efficiency and an excellent client experience.”

As a result, “there are a few lessons here,” Bruckenstein explained. “One, embrace technology early. Advisors tend to be late adopters. You are never going to create large competitive advantages without embracing change and new technologies.

“As an industry, we are still way behind most other industries with regard to machine learning and AI,” he added. “Those who embrace these technologies intelligently will prosper in financial services.”

Another key lesson for advisors is to “focus less of your time on, for example, trying to select a better investment portfolio, and focus more time on providing an exceptional user client experience and improving operational efficiencies,” Bruckenstein said.

Also, “advisors can learn that there are no shortcuts to success,” according to Timothy Welsh, president, CEO and founder of consulting firm Nexus Strategy. “Bezos had a vision, a long-term plan, stuck to it and with many short-term sacrifices created one of the world’s greatest companies.”

Similarly, Douglas Boneparth, an advisor and president of Bone Fide Wealth in New York, told ThinkAdvisor: “The biggest thing that advisors can learn from Jeff Bezos is the same thing that anyone can learn. It’s that hard work, determination and never giving up is one of the best recipes for success.”

Going Out on Top

“Bezos also demonstrates something that’s very hard to do professionally: go out on top,” according to Boneparth.

Agreeing on that latter point, Tommy Marshall, executive director of Georgia Fintech Academy, said: “My understanding is that Bezos groomed the replacement for quite a while.”

That replacement is current Amazon Web Services (AWS) CEO Andrew Jassy, who will take the helm this summer, while Bezos will become executive chair of Amazon’s board, the company said.

“Bezos is changing his position on a high, which is the dream for most CEOs, and especially founders,” according to leadership consultant Jennifer Mackin.

What Leads to Good Succession Planning

“Succession planning requires great thought and time, which I think has gone into Jeff Bezos’ decision. Announcing six months ahead of the change is a lot of notice,” said Mackin.

Bezos “can help advisors realize that they can step back from a business that likely feels synonymous with them,” said David DeVoe, CEO and founder of consulting firm DeVoe & Co.

“Ideally, this realization — that even you are replaceable — can help move the succession planning forward,” DeVoe said. “Many of us CEOs won’t let go. Realizing we can let go is the first step in transition planning.”

However, the Bezos succession plan is “not an example to follow” because “surprise announcements are not good for founder transition,” DeVoe argued.

“By contrast, the transition plans of Chuck Schwab at Schwab and Harvey Golub at American Express are the gold standard. These CEOs seasoned their candidates with a variety of senior roles, then identified their successor years before a specific transition date, and were there to coach them for years.”

Unlike the other experts, consultant Craig Iskowitz, CEO and founder of Ezra Group, didn’t see much of a lesson that advisors can take from Bezos and Amazon.

“It’s become a meme in our industry to compare client experience with an advisor to Amazon,” Iskowitz said. However, “it’s not a fair comparison” because “choosing an advisor is very different than buying physical products from a retail website.”

Fintech and financial services firm Acorns provides “an experience that advisors should look to emulate” instead, he said: “Create a community and focus on education and savings to attract younger demographics.”

Before starting Amazon, Bezos worked for telecom firm Fitel and then investment management firm D.E. Shaw & Co. Amazon, meanwhile, has frequently expanded its product and service assortment over the years.

Is Bezos likely to return to the financial sector in some way on his own, or is Amazon interested in making a major push into financial services?

Bruckenstein is somewhat doubtful, pointing out that tech firms “tend to prefer industries with less regulation [that] are easier to disrupt.

“That said, at some point, we will see some of the tech giants looking to get into financial services in some way,” he explained. (That is, more than they already have.)

Welsh predicts that “Amazon will enter the financial services industry, but not in the core world of investments.”

Although the digital rivals “he would run into are already entrenched, have invested massively in technology and have already competed out most of the costs of distribution,” Welsh said, “in areas like banking and insurance, there are still tremendous opportunities for Amazon to leverage its distribution might and disrupt those slow technology adopters.”

Because of “the sheer number of financial transactions that Amazon is responsible for, you can make a pretty good argument that they would get into the financial services space,” Boneparth predicted.

“However it seems clear that they are more focused on Amazon Web Services, so there’s an argument to be made that financial services is not at the top of the priority list,” he added.

Iskowitz says Amazon is “already in financial services” anyway, explaining: “They have a multibillion-dollar commercial loan book (lending to small third-party sellers), you can open an Amazon checking account (through Chase), sign up for an Amazon Rewards Visa Card, load cash into an Amazon wallet, and get a credit score from the company’s virtual assistant Alexa.”

However, “the $1 million question for advisors is will they offer investment accounts?” Iskowitz noted. “I don’t think so. They’re focused on the retail banking side since this is more closely related to shopping activity.

“I would expect a [buy now, pay later] partnership to be on their roadmap,” he said. “Remember that another huge retailer once tried to merge investing and shopping. In 1981, Sears acquired Dean Witter Reynolds. Their new offering was derided as ‘socks and stocks.’ Sears bailed on the idea in the early 1990s.”

Echoing Iskowitz, Marshall said: “In some ways Amazon has already entered into financial services through the working capital loans that they offer to sellers” — a program that “has been very successful for Amazon lending over $1 billion to around 14,000 sellers in 2019 alone.”

Meanwhile, “there have been rumors for the past 18 months that Amazon was exploring a banking charter which would allow for deposit taking,” he also pointed out.

Additionally, Marshall said, Amazon, through its AWS division, is already serving as “the infrastructure for many financial firms — most notably CapitalOne.”