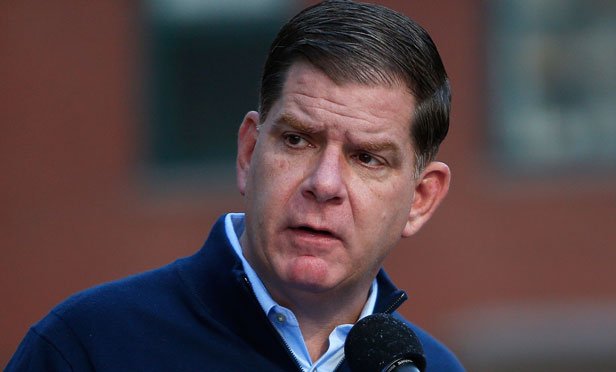 Walsh, a Democrat, was sworn in to serve a second term on Jan.1, 2018. He is the 54th mayor of Boston, in office since 2014. He was a member of the Massachusetts House of Representatives from 1997 until 2014, representing the Thirteenth Suffolk district.

Biden said that if confirmed, Walsh “would be the first union member to serve in this role in nearly half a century.” During the COVID-19 pandemic, Biden said, “Walsh is working to support frontline workers, including funding emergency child care and other resources essential workers need to weather the pandemic.”

As the current chairman of Climate Mayors, a group of 470 mayors nationwide, Biden added, Walsh “knows that we can create good-paying union jobs by investing in clean energy.”

If confirmed as Labor secretary, all eyes will be on whether Walsh decides to amend or scrap Labor’s fiduciary prohibited transaction exemption to align with the Securities and Exchange Commission’s Regulation Best Interest.

Industry officials anticipate that the Biden administration will pull back that Labor rule and toughen it.

Fred Reish, partner at Faegre Drinker in Los Angeles, told ThinkAdvisor on Thursday in an email message that Walsh “as might be expected, … is pro-labor and fairly liberal. Based on that, I imagine his views of a strong fiduciary standard would be favorable. As a former labor leader, he is also likely to be deeply interested in solving the underfunding issues affecting many multi-employer pension plans.”

Barbara Roper, director of investor protection for the Consumer Federation of America, told ThinkAdvisor on Thursday in an email message that the Labor Department under the Biden administration will have to address two issues regarding Labor’s fiduciary PTE.

First, “what to do about the PTE and what to do about the definition of fiduciary investment advice,” Roper said. “In both cases, it would take notice and comment rulemaking to reverse or revise the rules, since they were finalized before January 20. And I would expect the DOL to do just that.”

Steve Saxon, partner at Groom Law Group in Washington, told ThinkAdvisor in a Thursday email that Walsh being picked “will not, in and of itself, impact” the fiduciary advice PTE. “That doesn’t mean the new DOL won’t review and likely revise the PTE. …Walsh should be focused immediately on unemployment and dealing with the pandemic.”

Rep. Virginia Foxx, R-N.C., the top Republican on the Committee on Education and Labor, said Thursday in a statement that Walsh’s “background in organized labor signals that he will work to deliver on left-wing campaign promises including a $15 mandated minimum wage, punitive one-size-fits-all regulations, forced unionization of small businesses, and eliminating the independent contractor model, among many others.”

Foxx says she has “serious concerns that the Department of Labor under Walsh will crush our economic recovery by strangling business owners with an onslaught of job-killing regulations and vindictive and overzealous oversight. America’s workers, families and small businesses deserve better.”