Republican plan includes $333 billion in spending on business subsidies, including a revised version of the Paycheck Protection Program. 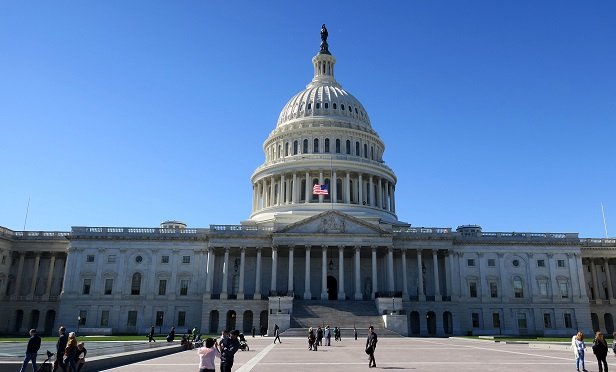 The sudden emergence of the proposals after a six-month stalemate followed evidence that surging Covid-19 cases are undermining the economic recovery as past fiscal support runs out.

President-elect Joe Biden also on Tuesday called on Congress to pass a “robust” aid bill while unveiling his economic team.

Pelosi presented the new Democratic plan to Treasury Secretary Steven Mnuchin, and Senate Minority Leader Chuck Schumer described it as a “good faith effort” at a compromise, while refusing to say how much it cost.

Democrats had previously sought $2.4 trillion. An outline of the new McConnell plan showed it to be largely similar to a previous $500 billion bill that Democrats blocked twice this fall.

What’s In, What’s Out

That plan includes $333 billion in spending on assorted business subsidies including a revised version of the Paycheck Protection Program, as well as funding for schools, vaccines and agriculture and a restoration of 100% expensing of business meals for tax purposes.

It does not include a major tranche of state and local aid outside of schools sought by Democrats, but does include legal liability protections Democrats have considered to be a poison pill.

It also features a one-month extension of pandemic unemployment relief followed by a two-month phase-out — considerably stingier than Democrats have been demanding.

The outline doesn’t provide a total cost, but says some of it would be funded by using unspent money from the massive stimulus package passed in March.

McConnell said there was no point in Congress passing legislation that Trump won’t sign before he leaves office on Jan. 20 and that additional help for the economy was needed now.

“Waiting until next year is not an answer,” McConnell said. “I’m focused on accomplishing as much as we can” over the next three weeks, he said.

The announcements came just hours after a bipartisan group of lawmakers from the House and Senate proposed their own $908 billion compromise in an effort to push Democratic and Republican leaders to allow a vote on a measure that could get support from both parties.

Biden called on Congress to pass a “robust package” to deal with the economic crisis wrought by the coronavirus pandemic. He added that any package passed in a lame duck session would likely be “at best just a start.”

McConnell said he was trying to gauge support among the Republican majority in the Senate. He said it could be combined with a government funding bill that Congress needs to pass to avoid a partial federal shutdown after Dec. 11.

Any stimulus would have to pass in the Democratic controlled House, where Pelosi has been pushing her $2.4 trillion plan.

The speaker said in a statement that Mnuchin said he would review the proposal she and Schumer sent Monday night to their GOP counterparts.

Schumer, at a news conference, declined to give any details about the pitch, saying the Democratic offer was “a private proposal to help move the ball forward.”

Federal Reserve Chair Jerome Powell for his part reiterated to lawmakers Tuesday that “the risk of overdoing it is less than the risk of underdoing it” on fiscal stimulus. He noted that the pace of improvement in the economy has weakened in recent months